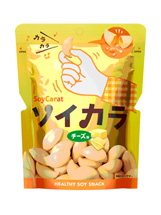 In recent years, it has been estimated one in every three to four people worldwide is overweight due to changes in lifestyle and dietary habits*1. Overconsumption of sugars and fats is considered one of the leading causes of weight increase. In order to address the overconsumption of snacks in particular, regulatory and other initiatives have started around the world*2.

In the U.S., the world's largest snack food market, about half of adults eat two or more snack foods per day. Moreover, children are said to obtain at least 25% of their overall daily energy from snack foods*3. In Japan, the Ministry of Health, Labor and Welfare has said, "As snack foods are often high in sugars and fats, are high-energy, and often contain much salt, it is important to reduce the frequency of eating snack foods between meals and the amount eaten, and to be selective in the choice of foods to eat."*4

Snack foods are said to comprise a ¥288.4 billion*5 market in Japan, with many products using potatoes as their main ingredient. Otsuka Pharmaceutical, which has continued its research into the area of soy, has broken the longstanding rule concerning snack foods.

While a bag of SoyCarat is made with approximately 50 medium-sized soybeans as ingredients, SoyCarat has a mild cheese flavor that softens the characteristic taste of soy. Keeping calories down to 123kcal through a non-fry cooking method, as a healthy soy snack food, SoyCarat can be enjoyed by everyone from children to adults, including health-conscious consumers who normally avoid snack foods.

Otsuka Pharmaceutical, based on the belief of "Soylution"--that soy can provide a solution to various problems facing the world including health problems--has conducted research and development of new tasty forms of soy products. We offer new convenient ways for people to consume soy to benefit from whole soy nutrition

As a third product following the fruit soy bar SOYJOY sold in 11 countries and regions around the world, and the sparkling soy beverage SOYSH sold in Japan, Otsuka will keep offering the value of soy through SoyCarat with global markets in its sights. 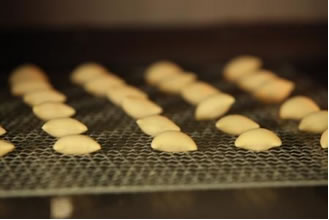 Baking: SoyCarat expanding in the oven 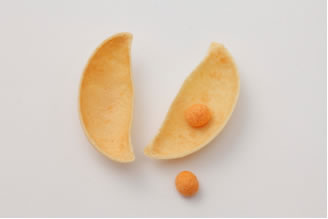 The "pod" and "beans" of SoyCarat

Professor Yukio Yamori, Director of Mukogawa Women's University Institute for World Health Development, has studied eating habits and longevity worldwide for 30 years. In the WHO-CARDIAC Study which researches cardiovascular and nutrition with WHO, Professor Yamori has focused on the various functional components of soy and states that 'the world's highest longevity seen in Japan is deeply related to the intake of soy in diets.'

Finding agreement with the work of Professor Yamori, Otsuka Pharmaceutical has provided support for his collaborative research with WHO from its start in 1985. Under the concept of "Soylution," Otsuka Pharmaceutical is offering new ways for people who do not consume soy to benefit from whole soy nutrition. 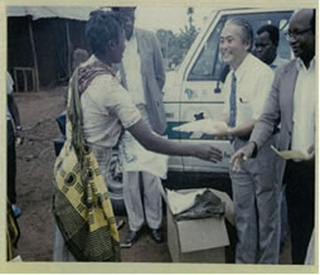 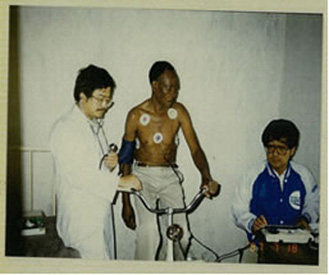 The Japanese, who are said to have the highest longevity in the world, consume the greatest amount of soy at 8.19kg annually per capita*7. Most of them come from processed soy products (tofu, fried tofu, natto, etc.). In recent years, however, soy consumption by people aged under 40 tends to be below the average consumption due to skipping breakfast and to the Westernization of diets*8.

The amount of soy consumed by people is only 6% of the amount produced. Moreover, annual per capita consumption of soy in the U.S., the world's greatest producer of soybeans, is 40g, less than the amount consumed daily per capita in Japan. 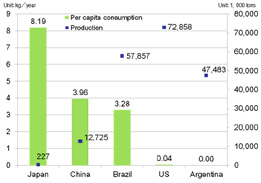 Soybean Production and Consumption
FAO (Food and Agriculture Organization of the United Nations), 2007