Initially introduced in Japan in 1980, Pocari Sweat is a thirst-quenching beverage that replenishes vital fluids and electrolytes lost through perspiration. Launched in Indonesia in 1989, local sales have grown steadily, increasing approximately 30% year-on-year in 2009 to approximately 450 million units per year. Initially produced at the Sukabumi Factory in the province of West Java, recent increases in demand for Pocari Sweat led to the construction of the Kejayan Factory in the province of East Java.

Planned in keeping with the concept of "Open Space and Community Interaction", the Kejayan Factory grounds incorporate the following focal points for interaction with the local community.

Based on its corporate philosophy of 'Otsuka-people creating new products for better health worldwide', Otsuka Pharmaceutical is dedicated to contributing to the health and wellbeing of people around the world. 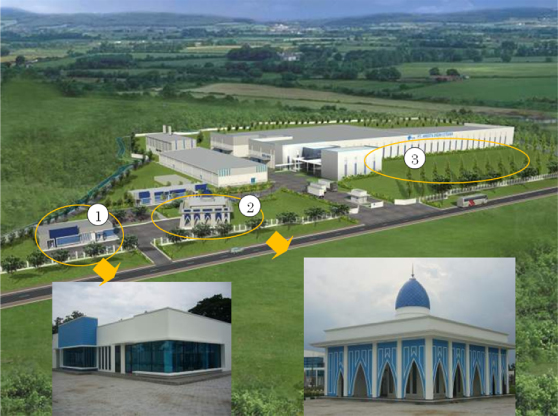