Pocari Sweat Launches in Vietnam through New Joint Venture Company.
Vietnam Launch is the17th Market in the World Where the Pocari Sweat is Sold 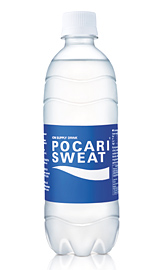 Pocari Sweat was first developed in 1980 under the concept of a "replenishment drink," and is designed to quickly replace water and electrolytes in the body lost due to perspiration. The beverage has become popular outside of Japan, especially in Asia. Today some 30 years after it was released, the overseas sales volumes of Pocari Sweat have outstripped sales in Japan.*2

Vietnam is a young country, the world's 13th largest population of 87 million, with the average age of 28. *3 As a result, the market is expected to have solid growth. In Vietnam, Otsuka Pharmaceutical will appeal Pocari Sweat's importance of rehydration for the body as part of its efforts to establish the brand.

About the Launch of Pocari Sweat in Vietnam