Otsuka Pharmaceutical Co., Ltd. (Head Office: Tokyo, Japan; President: Tatsuo Higuchi) has announced the development of an educational recipe app "Deliciously Illustrated SketchCook - A nutritious experiment with Google" (SketchCook), to be launched for iOS and Android™ platforms on Friday, May 18, 2018.

Adopting machine-learning technology provided by Google and data from extensive Rakuten Recipe*1 archives, SketchCook uses photographs of children's illustrations of their favorite meals to identify menu items and transform them into images resembling actual dishes. Emphasizing the importance of nutritional balance, the dietary education app also provides recipes for the main dishes and suggestions for side dishes to achieve optimum nutritional balance.

In recent years, reduced opportunities for families to eat meals together and fewer parents who cook with their children are factors contributing to solitary or missed meals and unbalanced nutrition, also making it difficult for children to learn about proper dietary habits and nutritional balance.

Surveys conducted by Otsuka Pharmaceutical*2 indicate that less spent time together means fewer opportunities for families to discuss meals and nutrition. Many parents would like to "find more time to discuss nutrition and prepare meals together with the children," while parents responded that they intend to provide nutritionally balanced meals, but are uncertain about their knowledge and often lack confidence that their menus are nutritionally complete. 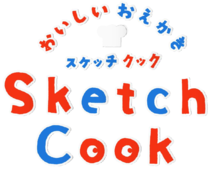 Based on this information and aiming to maximize extensive development of nutritional supplements and a proactive approach to nutritional education over the years, Otsuka set out to provide an opportunity for parents and children to communicate while learning about proper dietary habits and nutrition in an entertaining format. The SketchCook app for iOS and Android™ platforms was created by adopting machine learning technology provided by Google and data from extensive Rakuten Recipe archives.

With the launch of the SketchCook app, Otsuka aims to promote awareness of the importance of meals and nutrition to children who will carry the next generation, not only in homes but also through local governments and other concerned organizations throughout Japan.